WA Opposition leader Zak Kirkup wants to replace State-owned coal-fired power from Collie with wind and solar from the Mid-West by 2025 in a surprise move that has left Labor as the clean energy laggards in WA.

Labor Energy Minister Bill Johnston has gone out of his way for two years to avoid being realistic about the future of Collie coal or supporting Mid-West wind farms.

Johnston was warned early on that growing installation of rooftop solar generating surges of power in the middle of the day combined with inflexible coal-fired power could make the South West power grid unstable as soon as 2022.

In response, Johnston launched an energy transformation taskforce in May 2019 that has won plaudits from industry for quickly completing two complex tasks.

New market rules have opened up access to the grid and improved management of services required to keep supply stable. The taskforce also produced a plan to better integrated distributed energy sources such as rooftop solar, batteries and electric vehicles into the system.

Johnston delivered these critical, complex and difficult reforms. It was low profile work many politicians would ignore, hoping no problems popped up before the next election.

However, the taskforce's third deliverable, a Whole of System Plan for the South West grid to support better investment and regulatory decisions, was hobbled from the start.

A plan planned to fail

The 20-year plan ignored the near-certainty of some form of cost for carbon emissions, and the analysis only sought lower price and higher reliability but not lower emissions.

These omissions were despite emissions reduction being one of the five overarching objectives in the taskforce's terms of reference. A few months after the taskforce was launched the McGowan government said it would work towards net-zero emissions by 2050.

With Collie's three power stations all among the State's top 10 producers of greenhouse gases, the plan was an opportunity to identify real action to achieve the Government's stated goals.

But it seems the intent was not to identify any action at all.

When Johnston launched the plan in October 2020, he told Boiling Cold that the exclusion of a carbon price from the plan was "a political question."

"If the Federal Government set a price on carbon then it would be very easy to adjust the modelling," Johnston said.

By Johnston's logic homeowners in the North West would only consider a cyclone-proof design when the wind picked up.

The State Government has chosen not to factor in a future carbon price in its investment decisions, contrary to the practice of every large resource company in WA.

Anyone relying on the Whole of System Plan to inform investment decisions would be betting on a fantastical future without climate change.

Two other features of the plan unrealistically favoured coal.

The two Muja units scheduled to stay open are assumed to be technically capable of operating until 2036. State-owned Collie and privately-owned Bluewaters stations were predicted to last past 2040. Few if any industry players think this is possible.

Collie's generators must bend to the will of daily solar power surges and are frequently shut down. This is not the service they were designed for and the cycling is shortening the life of the equipment.

The final free-kick for coal was handicapping competition from more wind farms in the Mid-West. The Warradarge and Yandin wind farms opened in 2020 and last quarter ate into coal's market share.

The two new wind farms ran at an extraordinary capacity factor of about 47 per cent in February, according to Rystad Energy, and five of the seven Australian wind farms that did better were in WA's Mid-West or Wheatbelt.

The justification was that Collie wind power would be cheaper by hooking into existing transmission lines, but new Mid-West wind farms needed to pay for a grid upgrade.

It appears the plan's model iteratively chose the cheapest generation options until the demand was met. The result is that a new Mid -West wind farm would unrealistically bear the entire cost of the transmission upgrade so was never chosen. Unsurprisingly, the model concluded that little wind capacity was required for a decade.

The Liberals want to spend $500 million to extend 330kV transmission to Geraldton to unlock Australia's best wind province. The work has been planned for a decade as the second stage of the Mid-West Energy project.

Labor can criticise the grid upgrade cost but must acknowledge that unlike their numerous road upgrades is not a sunk cost and will recoup revenue.

Taskforce chair Stephen Edwell said in October that the plan showed the outlook for coal was "perhaps more bleak then some might have expected."

Edwell said under the plan's most realistic scenarios of relatively flat demand 130MW or 500MW of the 1200MW of coal-fired capacity still open 2025 would be uncompetitive.

Given the extremely positive way coal's role in the South West was modelled, the true picture must be catastrophic. Sumitomo confirmed that in November when it wrote off as worthless its 50 per cent share of Bluewaters power station.

In October Johnston said the plan was criticised for "allowing coal to go on forever."

"So, the people of Collie can be confident that in a Labor Government they've got friends," Johnston said.

Friends deserve the truth, but while the overall trend for Collie is simple and inevitable, how it plays out is not.

Labor has made an enormous effort to prepare Collie's community and economy for life after coal, but the transition needs much more than a schedule to close down the power stations.

The private sector owns Collie's two coal miners and one of its three power stations, and all owners are heavily in debt and financially precarious.

The Government is heavily exposed to the mess. Synergy has contracts to buy coal and power, mine rehabilitation costs could be as high as $1.6 billion for just one large pit, and above all else, the lights must stay on.

It would be understandable if Labor is frustrated that Kirkup's plan skips these difficulties.

The next big thing

The Liberal plan starts with an opportunity and a boost for cleaner energy. A schedule for shuttering Synergy's coal-fired stations is the opportunity, and pre-investment in Mid-West transmission is the boost.

The transmission capacity to Geraldton and infrastructure investment at the proposed Oakajee industrial area nearby would then hopefully lure big investments in green hydrogen.

Labor also wants Oakajee to be a green hydrogen hub, but without kickstarting more Mid-West generation or investing in transmission or infrastructure.

Kirkup positioned his green hydrogen push as a successor to the efforts of previous Liberal leaders. Sir David Brand supported iron ore in the 1960s, and Sir Charlies Court bankrolled the North West Shelf project in the 1970's.

The analogy with the North West Shelf has merit.

The State financed most of the gas pipeline from Karratha to the south and Synergy's predecessor the State Energy Commission pre-bought much of the gas. The NWS domestic gas project financed the LNG development, and in the succeeding decades more LNG plants and gas-intensive industry followed.

The opportunity for green steel, and many other materials, is genuine. This month BMW agreed to buy aluminium produced with solar power from the United Arab Emirates, starting with 43,000 tonnes this year.

The deal has two lessons for WA: the opportunity is there, but it will be competitive.

WA is not the world's only windy, sunny spot, and a few carrots may be needed to kick off real investment.

Kirkup has given Labor the chance of making WA's energy transition a bipartisan issue by allowing it to open up about the true outlook for Collie without risking the marginal lower house seat it sits in.

Then the State can move forward with fact-based decisions that are not reversed every time Government changes.

WA achieved this in response to Perth's water shortages from reduced rainfall. Either party could have run scare campaigns about the successive introduction of sprinkler bans, bore water, expensive desalination plants and now recycled water but they did not, and the State is better off for it.

However, Premier McGowan's first response was not encouraging.

"All it would mean is many, many billions of extra debt, huge increase in family power bills, rolling blackouts across the State, and huge job losses," McGowan said yesterday, according to The West Australian.

The Premier's ill-informed scaremongering about renewable energy sounded like one of Angus Taylor's spin doctors wrote it.

The Liberal's policy can righty be criticised for having an aggressive schedule and a lack of detail.

However, it is correct about the big picture: Mid-West wind with storage will replace South West coal, and it could happen very quickly and be the foundation for a green hydrogen industry.

Kirkup's simple plan has numerous flaws but gets the big questions right.

Johnston's plan has copious detail but, beyond a big battery, little action.

The Minister has done the hard yards of regulatory reform to build the launch pad and put the rocket in position. It is time to start the countdown.

Santos' Reindeer gas field will fill with water sooner than expected and the production loss will add to concerns about the supply of gas to WA this decade. 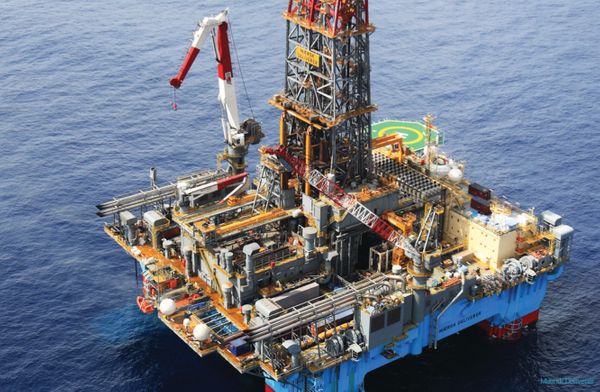 After 200 tonnes of large pipe fell out of control Inpex and Maersk cannot drill for more gas at Ichthys until they convince the regulator that there will be no potentially fatal incidents.