When the US formally left the Paris climate agreement, Joe Biden tweeted that “in exactly 77 days, a Biden Administration will rejoin it”.

The US announced its intention to withdraw from the agreement back in 2017. But the agreement’s complex rules meant formal notification could only be sent to the United Nations last year, followed by a 12-month notice period — hence the long wait.

While diplomacy via Twitter looks here to stay, global climate politics is about to be upended — and the impacts will be felt at home in Australia if Biden delivers on his plans.

Under a Biden administration, the US will have the most progressive position on climate change in the nation’s history. Biden has already laid out a US$2 trillion clean energy and infrastructure plan, a commitment to rejoin the Paris agreement and a goal of net-zero emissions by 2050.

As Biden said back in July when he announced the plan:

If I have the honour of being elected president, we’re not just going to tinker around the edges. We’re going to make historic investments that will seize the opportunity, meet this moment in history.

And his plan is historic. It aims to achieve a power sector that’s free from carbon pollution by 2035 — in a country with the largest reserves of coal on the planet.

Biden also aims to revitalise the US auto industry and become a leader in electric vehicles, and to upgrade four million buildings and two million homes over four years to meet new energy efficiency standards.

Can he do it under a divided Congress?

While the votes are still being counted — as they should (can any Australian believe we actually need to say this?) — it seems likely the Democrats will control the presidency and the House, but not the Senate.

This means Biden will be able to re-join the Paris agreement, which does not require Senate ratification. But any attempt to legislate a carbon price will be blocked in the Senate, as it was when then-President Barack Obama introduced the Waxman-Markey bill in 2010.

In any case, there’s no reason to think a carbon price is a silver bullet, given the window to act on climate change is closing fast.

What’s needed are ambitious targets and mandates for the power sector, transport sector and manufacturing sector, backed up with billions in government investment.

Fortunately, this is precisely what Biden is promising to do. And he can do it without the Senate by using the executive powers of the US government to implement a raft of new regulatory measures.

Take the transport sector as an example. His plan aims to set “ambitious fuel economy standards” for cars, set a goal that all American-built buses be zero emissions by 2030, and use public money to build half a million electric vehicle charging stations. Most of these actions can be put in place through regulations that don’t require congressional approval.

And with Trump out of the White House, California will be free to achieve its target that all new cars be zero emissions by 2035, which the Trump administration had impeded.

If that sounds far-fetched, given Australia is the only OECD country that still doesn’t have fuel efficiency standards for cars, keep in mind China promised to do the same thing as California last week.

What does this mean for Australia?

For the last four years, the Trump administration has been a boon for successive Australian governments as they have torn up climate policies and failed to implement new ones.

Rather than witnessing our principal ally rebuke us on home soil, as Obama did at the University of Queensland in 2014, Prime Minister Scott Morrison has instead benefited from a cosy relationship with a US president who regularly dismisses decades of climate science, as he does medical science. And people are dying as a result.

For Australia, the ambitious climate policies of a Biden administration means in every international negotiation our diplomats turn up to, climate change will not only be top of the agenda, but we will likely face constant criticism.

Indeed, fireside chats in the White House will come with new expectations that Australia significantly increases its ambitions under the Paris agreement. Committing to a net zero emissions target will be just the first.

The real kicker, however, will be Biden’s trade agenda, which supports carbon tariffs on imports that produce considerable carbon pollution. The US is still Australia’s third-largest trading partner after China and Japan — who, by the way, have just announced net zero emissions targets themselves.

Should the US start hitting Australian goods with a carbon fee at the border, you can bet Australian business won’t be happy, and Morrison may begin to re-think his domestic climate calculus.

And what political science tells us is if international pressure doesn’t shift a country’s position on climate change, domestic pressure certainly will.

With Biden now in the White House, it’s not just global climate politics that will be turned on its head. Australia’s failure to implement a serious domestic climate and energy policy could have profound costs.

Costs, mind you, that are easily avoidable if Australia acts on climate change, and does so now. 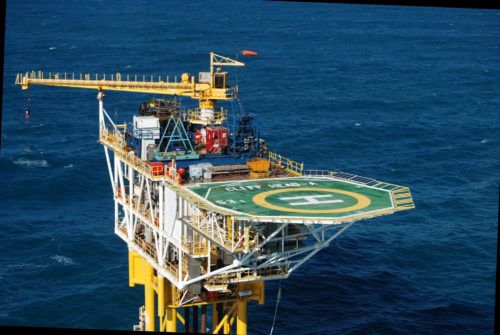 Triangle Energy has six months to find a viable route to market for oil that now goes to BP Kwinana or its Cliff Head operation could become a liability for the Federal Government.